For the best Hermanus whale watching experience, there is no better choice than Ivanhoe Sea Safaris

5Yrs consecutive winner of “Certificate of Excellence”, and with a proven track record since 1996, the company has established a reputation of offering an unrivaled Hermanus whale watching experience. Our custom built whale watching boat launches from the quaint fishing harbour of Gansbaai, which is a 35-minute scenic drive from Hermanus, and a 2-hour drive from Cape Town. We depart Gansbaai harbor and set course towards the whale watching capital of the world HERMANUS, immediately we pass the Cliffs of De Kelders, this area of Walker Bay has been scientifically proven year on year to carry the highest density of visiting Southern Right Whales, earning this area the reputation of being the “True Gem” offering the most memorable South African Boat Based Whale Watching trip.

Hermanus whale watching season runs from June to December however, these are wild animals and should the whales change their migration schedule (arrive early and leave later) we will adjust our schedule accordingly.

While no two trips are ever the same, the journey generally lasts 2hrs, with our skipper and crews vast knowledgeable of the area we generally expect to sight whales, dolphins, seals, and an array of coastal marine fish and birds.

What our clients "Say and See" 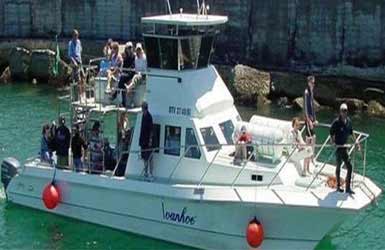 Ivanhoe is a 42 ft. custom built catamaran specifically designed to allow optimum viewing of the whales. The boat is licensed to carry 40 passengers but we restrict the loading to 25 passengers, this avoids overcrowding and passengers can move freely around and enjoy there viewing of these gentle giants.  The boat is safe and stable for the whole family to enjoy, from infants to gran parents, you will find a very passionate, experienced and professional crew that loves nothing more than to share their knowledge and make this a truly memorable experience! 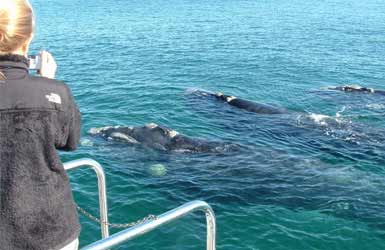 What you could see

As we are viewing animals in their natural environment, we can guarantee no two trips will ever be the same.  We always strive to provide the best viewing experience as possible and we hope to show you whales, dolphins, seals and an array of coastal marine fish and birds. On many occasions one can be humbled by witnessing a Southern Right whale come up close and personal to take a good look at us and the boat, so close you could almost reach out and touch them, obviously, this is forbidden!  Our viewing experience has been reviewed by many on Trip Advisor, a not to be missed, and should be on everyone’s bucket list. 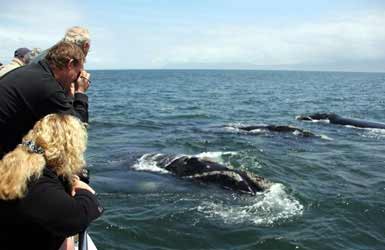 Ivanhoe Sea Safaris pioneered boat-based whale watching in South Africa, we worked with respected scientists to set the regulations and rules of approach to ensure the animals flourish with minimal impact. We hold the permit for Area 6 of Walker Bay, this area is celebrated and boasts the best whale sightings along the entire South African coastline. The makeup of the Bay helps the mother protect its calve from predators, and a Marine Protected Area was established in front of the Cliffs of De Kelders.  We have developed a unique, personalized service that all our clients can enjoy, knowing we are NOT intruding on these magnificent animals. 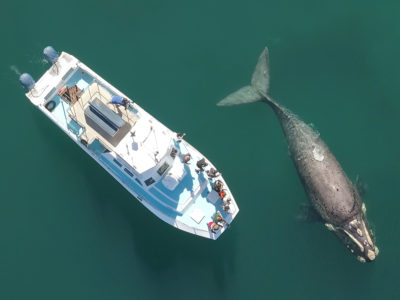 Winter has come to Walker Bay, and with the cold, so too comes the start of whale season 2019. With Southern Right Whale sightings rising over the last three years, and individual numbers rising drastically over the last year, this season is almost certain to deliver once again. The increase in these iconic cetaceans brings many benefits for the Overberg’s tourism industry, but why exactly are these whale numbers on the rise? 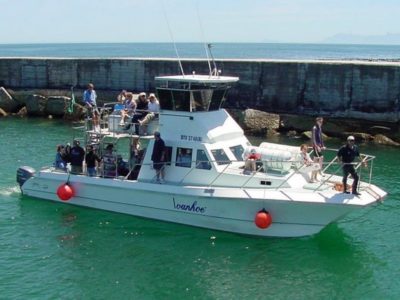 The low, bellowing call of a lone Southern Right Whale echoes through the waters of Walker Bay. He is one of the first arrivals, one of many Southern Rights returning from a summer spent feeding in the Antarctics, and who are now headed to the warmer waters of South Africa to mate. The first to arrive are the bulls, bright and early so as not to miss out when the females follow. And follow they will. 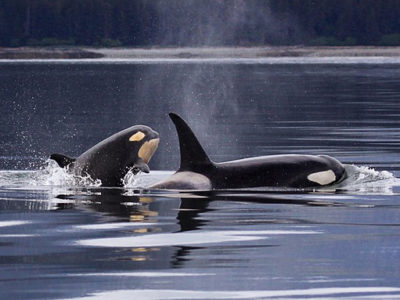 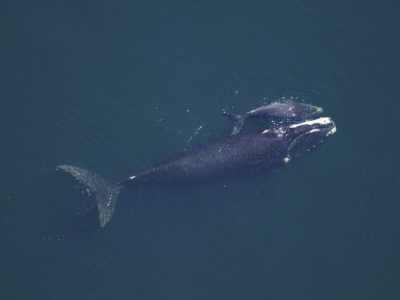 September has arrived, bringing changes all around the natural world. As the cold slowly descends upon the Northern Hemisphere, the Southern reaches of the globe are being warmed by Spring, and above all, Spring heralds new beginnings; new life. The animal kingdom is profoundly affected by this change of seasons, and the marine life of Walker Bay is no exception. For many animals, Spring means reproduction, and in this post we will take a look at what this means for some of the well-known species seen from The Ivanhoe. 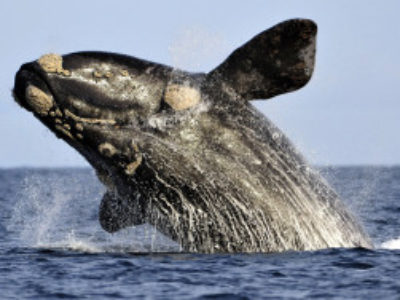 The waves part and a spray of water is propelled high into the air with a soft roar, heralding the arrival of one of South Africa’s most famous and beloved visitors: The Southern Right Whale. Southern Right Whales inhabit the cold, Southernmost seas of the Southern Hemisphere in a population numbering around 10 000 individuals. Up to 18m in length and weighing in at up to a colossal 90 tonnes, these whales can be distinguished by their dark grey to black skin and white growths on their heads 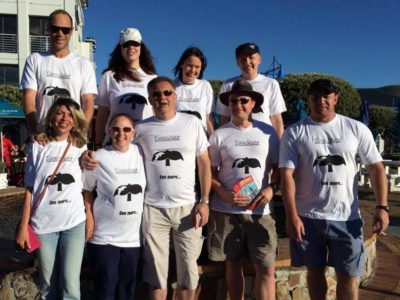 Hello and welcome to the new blog section! I’m Jessica and I will be taking you through a series of educational and fun articles which will be designed to give you a deeper understanding of Walker Bay’s beautiful coast and the many creatures sheltered here, many of which you may be fortunate enough to come face to face with on The Ivanhoe.